Bigg Boss 14 wild card contestant Naina Singh, who was evicted after just two weeks of entering the show has said that was not happy with the makers of Bigg Boss portrayed her on-screen.

Naina Singh said that her conversations about her struggle and journey were not telecast on the show and that she was portrayed as a “bimbo” whose only concern in life is make-up and expensive clothes.

Speaking to Times of India after her eviction, Naina said, “What I really hated about my journey was whatever I spoke about my personal life, about the mask task, it was not shown. In that house, at some point or the other, everyone is talking about their personal life, but they chose to show that Naina is only bothered about makeup, expensive dresses, and has a house. Do they know about my struggles, whether I was in depression or not? Do they know how I have managed to reach so far in the day?”

She further added, “If makers were showing Eijaz, Shardul’s struggle and personal life, why did they choose to ignore my side of the story? Don’t show me in a wrong light, at least, tell my side of the story also. Telecast the things that I spoke. They have just shown me as one ‘bimbo’ who has done nothing on the show.”

Before entering Bigg Boss 14, Naina told DNA in an exclusive interview, “Once you go inside the house, that is when your perspective changes. I am not going in with any assumptions. I will try to be friends with everyone, ek-ek chance to dena chaiye na (One chance should be given). I am someone who knows how to play her cards right so that it what I will do.”

We also asked Naina if she is scared to enter the house so late in the game to which she said, “Yaar, I am someone who knows how to do things my way. I think they should be scared (laughs).” 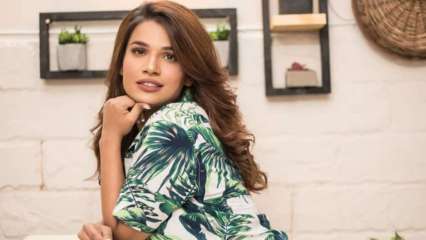