Sonam Kapoor has shared her birthday wish for filmmaker Rajkumar Hirani. She posted a photo of her, Ranbir Kapoor and Hirani from the sets of their blockbuster film ‘Sanju’.

Sonam, Ranbir and Rajkumar were seen in a black t-shirt, while promoting the movie. They wore the film’s t-shirt called ‘#DuttsTheWay’.

Sonam shared the picture on Hirani’s 65th birthday and wrote, “Happy happy birthday, sir. Wishing you nothing but success, love and joy!” She also posted a cake emoji along with the post. 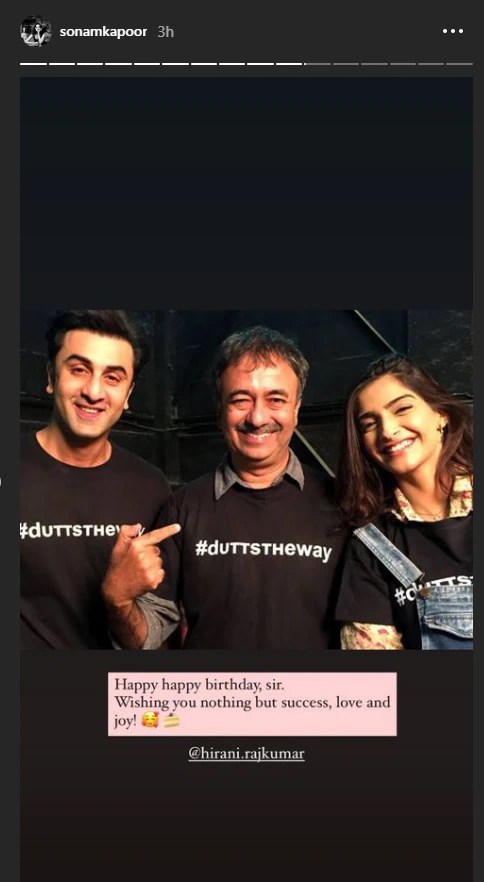 ‘Sanju’ was Sonam’s second collaboration with Ranbir Kapoor. The duo had made their Bollywood debut together in Sanjay Leela Bhansali’s film ‘Saawariya’. The movie, which released with Shah Rukh Khan-Deepika Padukone’s ‘Om Shaanti Om’, did not perform well at the Box Office.

‘Sanju’ was the first time when Sonam and Rajkumar Hirani joined hands. While Ranbir played the role of Sanjay Dutt in the movie, Sonam played one of his girlfriends.

Rajkumar Hirani, who gained fame for ‘3 Idiots’, ‘Munna Bhai MBBS’ and ‘PK’, had worked on a Gandhi Jayanti special documentary. On the other hand, Sonam Kapoor Ahuja was last seen in ‘The Zoya Factor’ opposite Dulquer Salmaan and Angad Bedi. 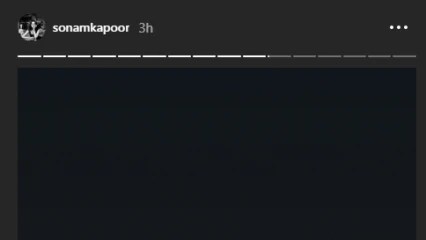