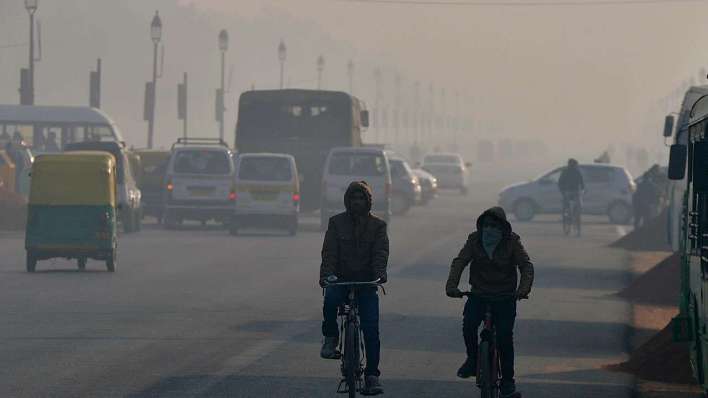 Low visibility and a thick haze seem to have become a norm of an early morning in the national capital as the air quality continues to remain in the ‘very poor’ category on Saturday.

As per System of Air Quality and Weather Forecasting And Research (SAFAR-India), the overall Air Quality Index (AQI) was at 313.

Most parts of the city reported AQIs in the ‘poor’ category including the area around Anand Vihar (256), RK Puram (290), and Patparganj (279), revealed data from the Central Pollution Control Board (CPCB).

The air quality in Dwarka Sector 8 and Jahangirpuri was reported in the ‘very poor’ category, with AQIs of 303 and 323 respectively.

On November 20, the overall AQi in Delhi stood at 309 in the noon, as per the System of Air Quality and Weather Forecasting And Research (SAFAR).

According to CPCB data, the AQI was at 325 in Anand Vihar, 328 in Ashok Vihar, 315 in Old Delhi’s popular marketplace Chandni Chowk, 335 in Dwarka Sector 8 and 302 in RK Puram, all falling under the ‘very poor’ category.

Temperatures were appreciably below normal at many places in Punjab, Haryana and Delhi on Nov 20, with the national capital recording a minimum of 7.5 degrees Celsius, the lowest in the month of November in 14 years.

It is Delhi’s lowest minimum temperature in November since November 29, 2006, when the city recorded a minimum of 7.3 degrees Celsius, said Kuldeep Srivastava, the head of the IMD’s regional forecasting centre.

According to the Ministry of Earth Sciences’ air quality monitor, SAFAR, stubble burning accounted for 15% of Delhi’s PM2.5 pollution on Friday.

The IMD said the minimum temperature in Delhi will drop to 7 degrees Celsius by Monday, as cold winds have started blowing from hilly regions, which have witnessed a fresh bout of snowfall.

Meanwhile, the Delhi government on Monday launched the second phase of the ‘Red Light On, Gaadi Off’ campaign to curb air pollution in the national capital. 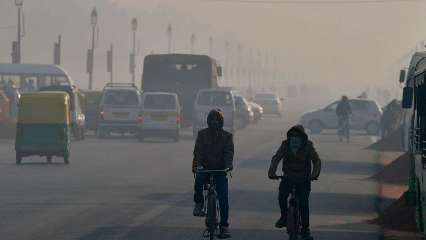