In a country where there is a stigma attached to donating breast milk besides several other topics like breastfeeding in public, an unconventional step and act of goodwill by Nidhi Parmar Hiranandani apparently helped saved many lives.

Nidhi, 41, who was blessed with a baby boy Veer in February, earlier this year, has donated approximately 42 litres of breast milk between March and May after having an excess of it stored away, lying unused.

What was initially meant for her own baby boy, the breast milk was finally donated to Surya Hospital, Khar Mumbai after Nidhi realised that even after feeding her own child, she had an excess of it stored away in the fridge.

In an exclusive interview with The Better India, Nidhi opened up about finding herself in the odd situation of having excess breast milk which she didn’t want to waste and did not know where to donate. She told the portal, “After nursing my child, I realised that I still had a lot of milk leftover. I had read on the internet that breast milk does have a shelf life of three to four months if properly stored in a refrigerator. The internet suggested making face packs out of it. Some of my friends said they bathe their babies with it or even use it to scrub their feet. Since I thought this was a cruel waste of milk, and I did not want to give it to salons (laughs), I began researching breast milk donation.”

She further added, “I contacted my gynaecologist at Women’s Hospital, Bandra, who suggested I donate the milk to Surya Hospital. Up until that point, I had about 20 packets of 150 ml each in my fridge, but the thought of getting out to donate during the lockdown was concerning, for I now had a baby at home. But the hospital was very forthcoming and ensured a zero-contact pick-up from my doorstep.”

According to The Better India, the hospital has a breast milk bank operational since 2019. 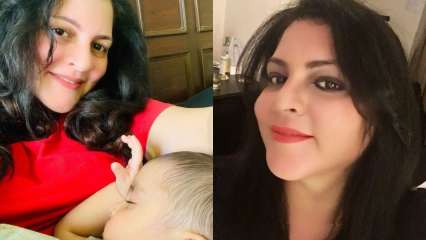