Australian fast bowler and vice-captain in longer formats of the game, Pat Cummins has said that his side will form a barefoot circle before start of every series. Admitting that they have not done enough for the anti-racismmovement, Cummins said that it is the best way to address racism and acknowledge the culture of indigenous people.

“We can probably put our hands up and say we haven’t done enough in the past and we want to get better, so this is one small thing we’re going to introduce this summer,” Cummins said.

This might be the first time that Australian men are doing the barefoot circle, but it’s not the first time in Australian cricket. In the series against New Zealand, women players from both the nations stood barefoot in a circle.The suit was followed in the few games of Women Big Bash League as well.

According to Cricket Australia (CA), “The barefoot circle is a cricket centric way for players and teams to take a moment prior to matches to acknowledge the traditional owners of the land, connect to each other as opponents and pay respect to the country (land).

“This is done barefoot as a way to connect to country, but also a moment to reflect that we are all common ground, we are all human beings and we need to stand strong with each other, for each other. The circle is often part of pre-series activities and has started in Reconciliation Round as a stance of anti-racism, commitment to reconciliation and strength together.

Adding to the list, South Africa too will not take the knee, according to the coach Mark Boucher. Ahead of his side’s home series against England, Boucher said that instead of taking a knee they will wear black armbands in solidaridy with not just the anti-racism movement but also for victims of COVID-19.

“I have spoken to the guy (Lungi Ngidi) who was driving the whole movement within our set-up, he is pretty happy that we have done what we needed to do, in particular at that (3TC) game. There are a couple of other issues that our president has raised going forward with regards to gender-based violence and the victims of Covid19. We are going to be addressing this with the team so if there is a black armband to wear, we will probably be wearing it because of the president’s call.”

“It’s an ongoing thing for us. It’s not something that we have to continue to show. It’s something that you have to live. That is exactly what we are trying to doing our dressing room at the moment with a big squad. If guys who brought it up are happy with it, that’s great, but if they feel we have to do more, that will be a chat and that they are open to express their opinions,” Boucher added. 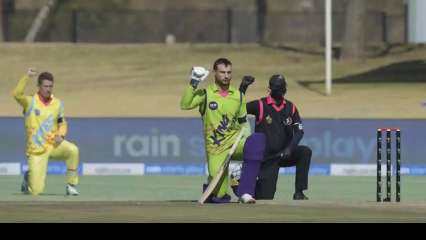