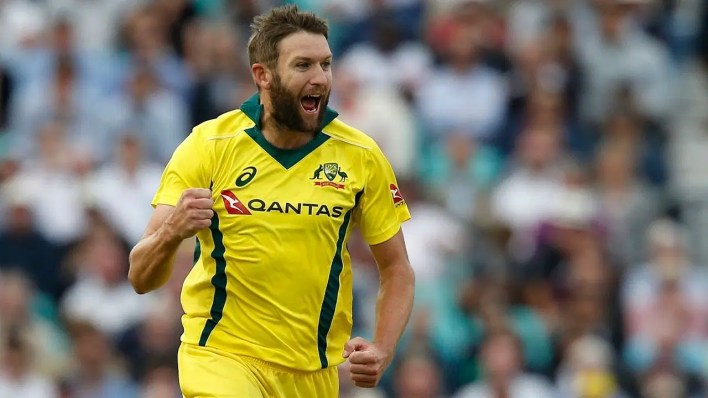 Andrew Tye replaces Kane Richardson: Australia have had to tinker with their ODI squad which will take on India later this month.

Australia fast bowler Andrew Tye has been included in their 18-member limited-overs squad in place of Kane Richardson for the upcoming ODI and T20I series against India at home.

Richardson, 29, had last played international cricket during the tour of England in September. Since then, the right-arm pacer missed the 13th season of the Indian Premier League and the ongoing matches of Sheffield Shield to be with his wife and newborn son.

Opting to be with his family amidst a global pandemic, Richardson will now miss a three-match ODI and T20I series against India starting from November 27. In his place, the Australia selectors led by chairman Trevor Hohns have named Tye as a replacement.

“It was a difficult decision for Kane [Richardson] to make but one which has the complete support of the selectors and the entire playing squad. Kane wanted to remain in Adelaide with Nyki and their newborn son.

“We will always support our players and their families; even more so given the challenging environment we are in. We will miss what he brings to the team but completely understand and support his decision,” Hohns said in a statement.

Tye, 33, had played the last of his 33 white-ball matches for Australia a couple of years ago during India’s last tour of Australia in 2018. Part of the Australia side in England, the right-arm pacer didn’t get to play a match.

Tye’s last competitive match had come last month when he represented Rajasthan Royals against Delhi Capitals in IPL 2020 at the Sharjah Cricket Stadium. In what was his solitary match for Royals this year, he had registered bowling figures of 4-0-50-1.

“AJ [Andrew Tye] is incredibly skilled in both forms of the short game. He impressed in the UK with his high work ethic and his positive energy around the squad. He is a great player to be able to call on,” Hohns added.