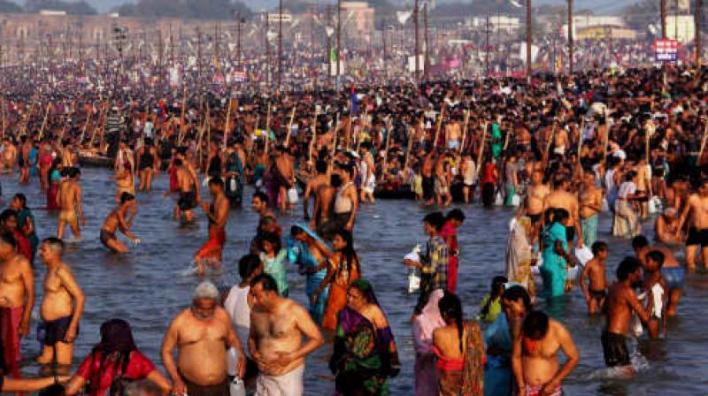 The Chief Minister will offer Pushkar Harathi to the holy river invoking its blessings for the peace and prosperity of the State. The 12 day-event that concludes on December 1 is expected to attract three to four million pilgrims.

Though Pushkarams are synonymous with the holy dip in the river, Covid-19 is taking away most of the pushkar fervour as pilgrims would only be permitted to have a sprinkle shower instead of a holy dip. Ironically, the Telangana state government has permitted the holy dip on its side of the river, notably at Alampur, provided the pilgrims furnish a corona negative report.

Finance minister Buggana Rajendranath Reddy appealed to people to participate in a simple manner. He said the ghats will be open from 6 am to 6 pm on all days. People must produce E-ticket to enter and perform pinda pradhan and other pujas.  350 purohits will be available at 23  ghats. Purohits above 60 are not allowed to perform. District collector G Veeta Pandia said that the E ticket website is an easy to use app and can be accessed on mobile phones.

Kurnool city has been enveloped with a festive atmosphere as dazzling electrical colorful lightings, illuminations, wall paintings and other decorations have come to life at all key circles in the city.

A huge Yagasala has been set up at Sankalbhag for yagnas.