This coronavirus pandemic is going on in the whole world. Many have got infected and also have lost their lives, but this virus doesn’t seem to take a stroll back. Even though the number of cases remains stagnant, it is coming back again and destroying the lives on people. The whole world is under lockdown which is hitting everyone which the at most power. However, in between all this Slovenian government announced late on Thursday that they are calling an end to this lockdown, and it becomes the first European country to do that. The authorities confirms that the country has only seen lesser than seven new cases each day for the past two weeks. 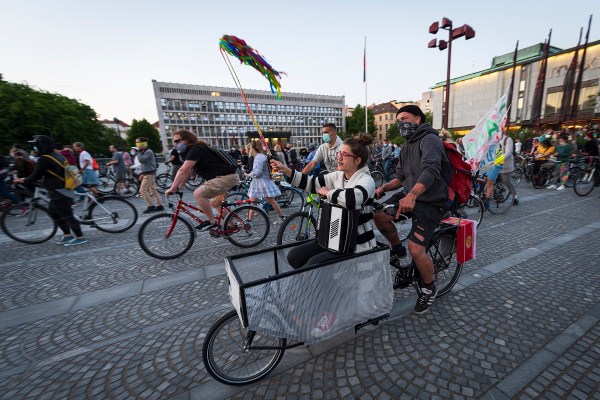 Slovenia Becomes 1st In Europe To End The Covid-19 Pandemic

People who are travelling to Slovenia from other European Union states will no longer be under quarantined at least for a week, as was the case from early April, this was a statement given by the government.

The country of two million people, which have their borders on Italy, Austria, Hungary and Croatia, has reported 1,464 cases of Covid-19 and has registered 103 deaths. The country declared the epidemic on March 12.

Some Aid Measures To End

Although, the country has declared an end to the pandemic, this will come with some measures, which includes financial aid to citizens and firms hit by the covid-19 will end in May.

The government also declared that all the foreign countries who have active corona cases will not be allowed in the country.

People who are coming from the non-EU states still will be put under 14 day quarantine, except for a few exemptions which includes diplomats and people transferring cargo.

All the people in the country have to follow the safety procedure to avoid the spread of this disease.

People will have to wear masks in indoor public spaces, maintain a distance of about 1.5 metres and sanitise their hands upon entering any public space.

The lockdown began in mid March in Slovenia. And during this period it closed all its schools, sports and cultural institutions, bars, restaurants, hotels and shops apart from food shops and drugstores. It also canceled all the public transport.

The government slowly started easing the lockdown from April 20. Public transport was back on streets earlier this week, while students will go to school from the next week. All bars and restaurants as well as small hotels with upto 30 people, can open up next week.

This is definitely a great news. But, it might not be the same case for other countries. Hopefully, this pandemic comes to end soon, so that we can all go back to where we left. Although, it will never be the same.